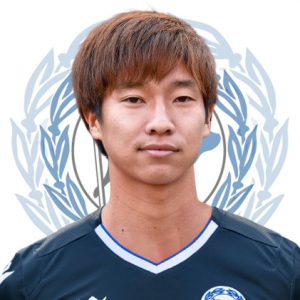 Masaya Okugawa (born 14 April 1996) is a Japanese professional footballer who plays as a midfielder for Bundesliga club Arminia Bielefeld, on loan from Red Bull Salzburg.

Kyoto Sanga
Okugawa joined Kyoto Sanga FC’s youth setup in 2009 from local youth side Ayano Boys Club. He progressed through the youth system of the Sanga and in September 2014, he signed a professional contract with them. He made his first team debut in the J2 League on 5 May 2015, in a 1–1 draw against FC Gifu, replacing Takumi Miyayoshi after 59 minutes.

Red Bull Salzburg
On 5 June 2015, Red Bull Salzburg announced the signing of Okugawa from Kyoto Sanga, for an undisclosed fee rumoured to be in the region of ¥100 million. He would be developed for the first team via Liefering.

On 3 November 2020, Okugawa scored his first UEFA Champions League goal in a 6–2 defeat against Bayern Munich in the 2020–21 season.