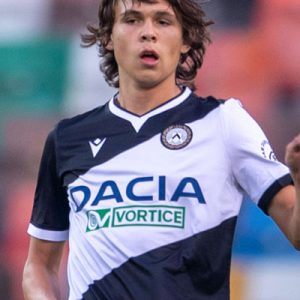 Martin Njøten Palumbo (born 5 March 2002) is a Norwegian professional footballer who plays as a midfielder for Serie A side Udinese.

Club career
On 2011 he joined the Udinese’s youth system. He made his professional debut for the club on 2 August 2020 against Sassuolo. Five days later he extended his contract for Udinese until 2025.

International career
Palumbo was born in Norway to an Italian father and Norwegian mother, and moved to Italy at the age of 3. He holds both passports, and has represented both countries as a youth international.