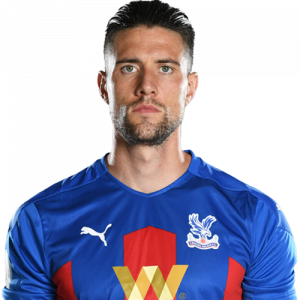 He began his career at hometown club Liverpool, making 62 appearances across all competitions from his debut in 2008, and winning the League Cup in 2012.

On 14 August 2014, Kelly joined Crystal Palace on a three-year deal, moving for a reported fee of £2 million. He totalled 34 matches (31 in the league) in his first season at Selhurst Park, as Palace finished 10th.

He scored his first goal for Palace, and first career goal since November 2011, on 21 February 2016, the only goal in the fifth round of the FA Cup against Tottenham Hotspur at White Hart Lane.

In February 2019 he signed a new contract with the club, until 2021.Kelly played two minutes for England in a friendly against Norway on 26 May 2012, making him the England player with the shortest international career. He was an unused member of their squad for UEFA Euro 2012.