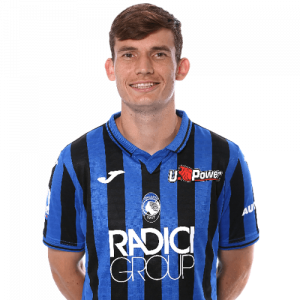 Marten Elco de Roon (born 29 March 1991) is a Dutch professional footballer who plays as a midfielder for Italian club Atalanta and the Netherlands national team. He formerly played for Sparta Rotterdam, SC Heerenveen and Middlesbrough.

On 10 August 2017, De Roon re-signed for Atalanta for an undisclosed fee. He once again cemented himself as a starter under Gian Piero Gasperini, and helped Atalanta finish in a historic 3rd place in the 2018–19 season, earning them a spot in the 2019–20 UEFA Champions League group stage. He also scored a volley against Fiorentina in the Coppa Italia semi-finals in the 58th minute. Atalanta would win the tie 5–4, though lost in the final against Lazio. He made his Champions League debut on 18 September 2019 against Dinamo Zagreb.

He was later named in the first Dutch squad chosen by new national team manager Ronald Koeman. This was in March 2018 for the friendlies against England and Portugal.