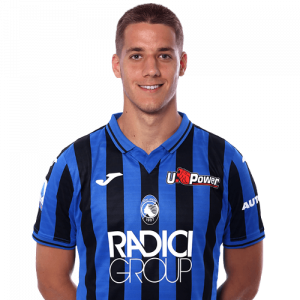 Mario Pašalić (born 9 February 1995) is a Croatian professional footballer who plays as a central midfielder for Serie A side Atalanta and the Croatia national team.

He began his career at Hajduk Split before moving to Chelsea for a reported £3 million in 2014. Chelsea loaned him to Elche, Monaco, Milan, Spartak Moscow and then Atalanta. Following two seasons at the Bergamasque club between 2018 and 2020, he was signed permanently ahead of the 2020–21 season.

Pašalić made his senior international debut for Croatia in 2014.

In December 2020, Pašalić underwent a sports hernia surgery, which kept him off the pitch for more than two months. He returned to the pitch in a 3–1 defeat to Lazio, in which he scored Atalanta’s only goal.