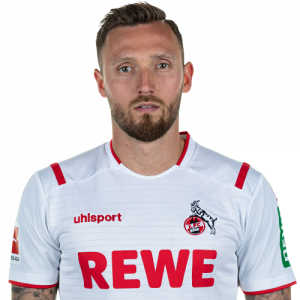 Marco Höger (born 16 September 1989) is a German professional footballer who plays as a midfielder or right back for 1. FC Köln in the Bundesliga.

Schalke 04
On 9 June 2011, FC Schalke 04 confirmed that Höger signed a three-year professional contract with them until 30 June 2014. The transfer fee is reported as undisclosed by Schalke’s sport and communications manager Horst Heldt. Marco Höger was assigned a number 12 shirt, previously worn by Peer Kluge.

On the 28 April 2018, he played as Koln lost 3–2 to SC Freiburg which confirmed Koln’s relegation from the Bundesliga.