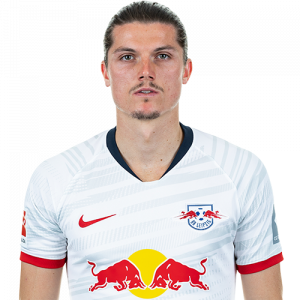 Marcel Sabitzer (born 17 March 1994) is an Austrian professional footballer who currently plays as a midfielder for RB Leipzig in the Bundesliga and the Austria national team.

Return to RB Leipzig
Sabitzer returned to RB Leipzig for the 2015–16 season, when he scored eight goals in 34 appearances. On 1 April 2016, Sabitzer extended his contract until 2021.

On 10 March 2020, Sabitzer scored twice in a 3–0 win over Tottenham Hotspur in the Champions League last 16, to help earn Leipzig a 4–0 aggregate victory and a place in the quarter finals of the competition for the first time in the club’s history.