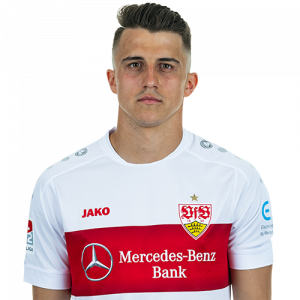 Marc-Oliver Kempf (born 28 January 1995) is a German professional footballer who plays as a centre-back for VfB Stuttgart.

Kempf started his career at Eintracht Frankfurt, appearing for both the reserves and the senior team. On 15 July 2014, Kempf joined SC Freiburg on an immediate transfer from Frankfurt. The transfer fee reportedly amounted to €800,000.

On 14 May 2018, Kempf signed a four-year-contract with VfB Stuttgart, enabling him to join the team on a free transfer on 1 July 2018.

Kempf has played for each German youth national team from U16 to U21.