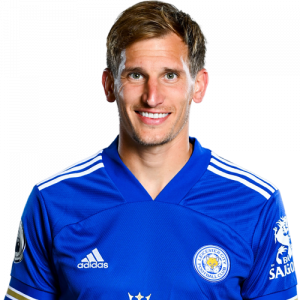 He joined Aston Villa at the age of eight, and made his professional debut for them in 2009. he totalled nine goals in 101 professional appearances for Villa, also spending a loan spell at Wigan Athletic in 2013. After being released in 2014, he signed for Leicester City where he won the Premier League in 2015–16, playing in every league match of the season.

Albrighton represented the England U21 and U20 sides.

Aston Villa
Early career
Born in Tamworth, Staffordshire, Albrighton started his career at hometown club Mile Oak Monarchs, before he was offered a trial at Villa’s local rivals West Bromwich Albion. He was rejected by Albion, then subsequently signed for Villa at the age of eight.

After impressing in the under-18 squad and playing in the reserves, Albrighton’s first taste of senior action came on 10 July 2008, playing 17 minutes as a substitute in the 6–0 pre-season friendly victory over Wil. He made his competitive debut in the UEFA Cup match away at CSKA Moscow on 26 February 2009, a 2–0 loss (3–1 aggregate).

During the 2009–10 pre-season, Albrighton was included in the squad which played in the pre-season friendly tournament, the 2009 Peace Cup, in which he scored his first goal for the club in a 3–1 win over Atlante. He played in the Peace Cup final in which Villa beat Italians Juventus 4–3 in a penalty shootout.

First team
Albrighton made his Premier League debut on 15 August 2009, the opening day of the 2009–10 season against Wigan Athletic at Villa Park, coming on as a 68th-minute substitute for Habib Beye in a 0–2 loss. On 24 September, he extended his contract with Villa by three years. In December, manager Martin O’Neill admitted that Albrighton along with fellow youngsters Nathan Delfouneso and Ciaran Clark were the subject of many loan offers, but went on to state his belief that the trio were good enough to learn their trade in the fringes of the Aston Villa side.

After a good pre-season, Albrighton made his first Premier League start in the first match of the 2010–11 season against West Ham United on 14 August 2010, assisting two goals in Villa’s 3–0 win. He scored his first goal for Villa against Tottenham Hotspur on 2 October. He was sent off against Burnley in the League Cup on 27 October, therefore missing a chance to play in the following match against local rivals Birmingham City. On 5 November, Albrighton signed a new contract keeping him at the club until 2014. On 23 November, Albrighton was ruled out of action for three to four weeks after having his appendix removed, but made his return ahead of schedule in a 3–0 defeat to Liverpool at Anfield on 6 December, playing 65 minutes before being replaced by Robert Pires. Albrighton then set up both goals for the home side in the 2–1 defeat of local rivals West Bromwich Albion in December 2010.

On 21 December 2011, he scored the Premier League’s 20,000th goal at home against Arsenal, winning a £20,000 cheque from league sponsors Barclays, donated to his chosen charity, Acorns Children’s Hospice. He then scored the opening goal in a 3–1 win against Bristol Rovers at the Memorial Ground in the FA Cup.

A throat operation restricted Albrighton to a single outing, in the League Cup, up to October 2013. He joined Wigan Athletic on a 28-day loan on 30 October 2013. He made four appearances for Wigan before returning to his parent club on 27 November 2013. Albrighton was released by Villa on 20 May 2014.

Leicester City
2014–15 season
On 23 May 2014, Albrighton joined Leicester City on a four-year contract, following their return to the Premier League for the first time in a decade. He made his debut for the Foxes on 23 August, replacing Riyad Mahrez for the final 22 minutes of a 2–0 loss at Chelsea. The following 29 April, in the reverse fixture at the King Power Stadium, he scored his first Leicester goal, putting Leicester ahead just before half time in an eventual 3–1 loss. Albrighton totalled 18 league appearances in his first season at his new club, adding a second goal in the last match of the season, a 5–1 win against Queens Park Rangers on 24 May. Albrighton struggled to break into the first team squad at the start of the season, but nearer the end of the year was used as a wing-back by manager Nigel Pearson in a new formation that brought Leicester success. He played an instrumental role in helping complete Leicester’s ‘great escape’ as the team won 7 out of their last 9 matches to finish 14th.

Albrighton (top right) playing for Leicester City in a league match against Chelsea at the King Power Stadium in December 2015
Albrighton played more regularly under new manager Claudio Ranieri, featuring in every league match in the campaign. Albrighton scored his first goal of the season in the opening 4–2 victory over Sunderland, which set the tone for a remarkable season. He partnered N’Golo Kanté, Riyad Mahrez and Danny Drinkwater in a regular 4-man midfield as the club won their first ever top-flight title. Albrighton played on the left of midfield for the majority of the campaign, and was noted for his “diligent work defensively and when going forward, as well as his high-class crossing from open play and set pieces.” with manager Ranieri claiming “Albrighton embodies the spirit of Leicester” for his “unmistakable sense of sacrifice.” Whilst playing every match, Albrighton scored two goals, with his second coming in Leicester’s crucial 4–0 win over Swansea on 24 April. He was rewarded with a new four-year contract in August 2016.

2016–17 season
On 14 September 2016, Albrighton scored the club’s first ever Champions League goal in a 3–0 win over Club Brugge at the Jan Breydel Stadium. He was the first Leicester player to score in a European competition since Muzzy Izzet against Red Star Belgrade in September 2000. Albrighton described the goal as “probably one of the greatest achievements of my career so far”.

On 25 February 2017, reports emerged alleging that Albrighton was among several teammates who met with chairman Vichai Srivaddhanaprabha following their 2–1 Champions League defeat at Sevilla on 22 February, which led to manager Claudio Ranieri being sacked. Albrighton dismissed the claims as “totally incorrect”.

In Leicester City’s Champions League Last 16 tie against Sevilla on 14 March 2017, Albrighton scored the second goal for the hosts which capped off a remarkable win, sealing a 3–2 aggregate win and progression to the quarter-finals.

Later seasons
Leicester City finished in 9th place in consecutive seasons in 2017–18 and 2018–19 with Albrighton scoring two league goals in each season respectively. They ended the 2019–20 season in 5th place to qualify for the group stage of the 2020–21 UEFA Europa League.

On 9 January 2021, Albrighton scored his first goal for Leicester for 53 matches in all competitions, netting his side’s second in their 4–0 win over Stoke City in the third round of the FA Cup.