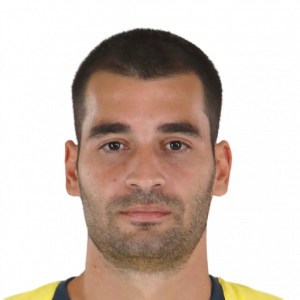 Manuel ‘Manu’ Trigueros Muñoz (born 17 October 1991) is a Spanish professional footballer who plays for Villarreal as a midfielder.

He has spent his entire professional career with Villarreal, making over 375 total appearances and winning the UEFA Europa League in 2021.

Born in Talavera de la Reina, Toledo, Castilla-La Mancha, Trigueros began his career with Real Murcia, making his senior debut with the reserves and being released in June 2010 following the main squad’s relegation from the second division. Subsequently he signed for Villarreal CF, being assigned to the C team.

Trigueros made his official debut with Villarreal B on 4 June 2011, playing 30 minutes in a 1–2 away loss against Real Betis for the second tier. On 11 February 2012 he scored his first goal in a 1–3 defeat at CE Sabadell FC, being relatively played during the season but suffering relegation – even though the side finished in 12th position – as the first team had also dropped down a level in La Liga.

In June 2012, Trigueros was definitely promoted to the main squad. He contributed 36 games and three goals in the first year after it befell, helping the Yellow Submarine return to where it had come from.

Trigueros made his maiden appearance in the top flight on 19 August 2013, coming on as a 53rd-minute substitute for Tomás Pina in 3–2 away victory over UD Almería. As a starter, he scored his first goal in the competition, his team’s second in the 3–1 home defeat of CA Osasuna on 3 February 2014. That October, his contract was extended from 2017 to 2019; in November 2016, a new deal tied him to the club until 2022.

On 21 May 2017, Trigueros scored in a 3–1 win at local rivals Valencia CF on the last day of the season, securing fifth place and qualification for the UEFA Europa League.[12] He netted his first in that continental competition on 19 October, as the team fought back for a 2–2 group stage draw with SK Slavia Prague at the Estadio de la Cerámica; on 23 December, in another derby at Mestalla, he was sent off for the first time in his career in a 1–0 victory.

Trigueros reached 300 matches for the club on 10 November 2019, in a 3–1 away loss against RCD Mallorca. In March 2021, he entered Villarreal’s top three appearance makers, overtaking Marcos Senna’s 363 and trailing only his contemporaries Bruno Soriano and Mario Gaspar. He played 13 times that season in their victorious Europa League campaign, scoring the opening goal of a 2–1 semi-final win over Arsenal on 29 April.