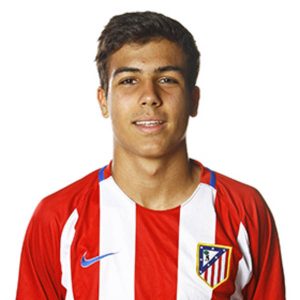 Manuel “Manu” Sánchez de la Peña (born 24 August 2000) is a Spanish footballer who plays as a left back for CA Osasuna, on loan from Atlético Madrid.

Sánchez was born in Madrid, and joined Atlético Madrid’s youth setup in 2014, from UE Cornellà. He made his senior debut with the reserves on 30 March 2019, starting in a 2–0 Segunda División B away win against Salamanca CF UDS.

On 7 September 2020, Sánchez further extended his contract until 2025. The following 11 January, he moved to fellow top tier side Osasuna on loan for the remainder of the season.