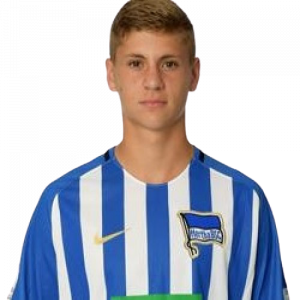 Márton Dárdai (born 12 February 2002) is a German footballer who plays as a centre-back for Hertha BSC.

Career
Dárdai began his youth career with Seeburger SV and 1. FC Wilmersdorf, before joining the youth academy of Hertha BSC in 2012. He made his professional debut for Hertha BSC in the Bundesliga on 7 November 2020, coming on as a substitute for Dedryck Boyata in the second minute of second-half stoppage time against FC Augsburg, which finished as a 3–0 away win.