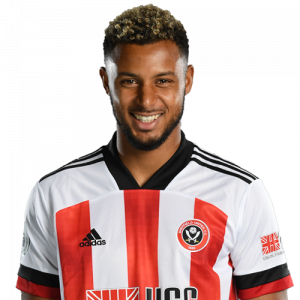 Émilien Mousset (born 8 February 1996) is a French professional footballer who plays as a forward for Premier League club Sheffield United.

He joined the Le Havre academy in 2006, after playing for local clubs Soquence Graville and Havre Caucriauville. He graduated to Le Havre II, where he impressed, scoring 14 goals, before making his debut for the first team, again scoring 14 goals in 34 games.

On 30 June 2016, Mousset joined AFC Bournemouth from Le Havre for a €7.3 million transfer fee. He scored his first goal for Bournemouth in an FA Cup tie against Wigan Athletic on 6 January 2018.

On 21 July 2019, Mousset signed for newly promoted Premier League club Sheffield United. The Blades paid a club-record fee in the region of £10m for Mousset, and he put pen to paper on a three-year contract. On 21 September 2019, He scored his first goal for Sheffield United in a 2-0 away win against Everton. On the 30th September Wilder confirmed that Mousset’s toe injury could keep him out for at least another 2 months. He still finished the 2019/20 season as joint highest scorer for Sheffield United along with Oli McBurnie on 6 goals, and joint highest assist provider along with Enda Stevens on 4 assists.