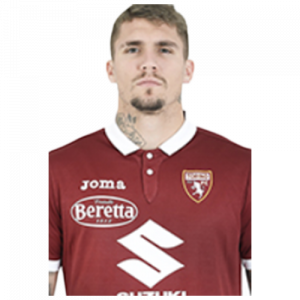 Lyanco Evangelista Silveira Neves Vojnović (born 1 February 1997), simply known as Lyanco, is a Brazilian-Serbian professional footballer who plays as a centre-back for Italian club Torino FC and the Brazil national under-23 team.

Born in Vitória, Espírito Santo, Lyanco started his youth career at Botafogo de Futebol e Regatas. In January 2015, he signed a four-year deal with São Paulo FC. Lyanco made his professional debut as a substitute in a 2–1 win against Atlético Paranaense. He started and played the 90 minutes in his third professional match, a 0–0 draw against Joinville.

On 29 March 2017, it was announced that Lyanco had signed a five-year contract with Serie A club Torino, for a reported fee of €6 million plus bonuses.He immediately moved to Turin to begin training with the team, and facilitate his acclimatisation to the club, at the orders of Siniša Mihajlović. His league debut came on 20 September 2017 in a 3-2 victory over Udinese Calcio.