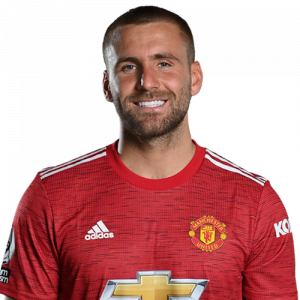 Luke Paul Hoare Shaw is an English professional footballer who performs as a defender for Premier League club Manchester United and the England national team.

Originally an associate of Southampton’s youth system, Shaw forced his first-team debut for the club in January 2012, and signed his first pro contract at May this year before being a regular in the Southampton team during the next two seasons. In June 2014, Shaw has been signed by Manchester United for 30 million, then the world record transfer fee for a teenager.

About 5 March 2014 he left his senior global debut for the England team at a 1-0 friendly win against Denmark, and then year was selected from the squad for the FIFA World Cup.