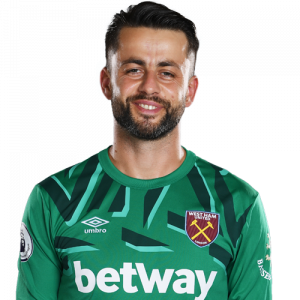 Having begun his career at Legia Warsaw, Fabiański joined Arsenal for £2.1 million in 2007, and was mainly used as back-up, but played as the club won the 2014 FA Cup Final. On the expiration of his contract in 2014, he joined Swansea City, and played 150 total matches in four years. He then signed for West Ham for £7 million.

On 20 June 2018, Premier League club West Ham United announced the transfer of Fabiański for £7 million. He signed a three-year contract with the club. Fabiański, the first Pole to play first-team football for West Ham, was installed as first-choice ‘keeper at the start of the 2018–19 season. For his performances throughout the season, during which he was ever-present, he was named Hammer of the Year.

In September 2019 he suffered a hip injury.