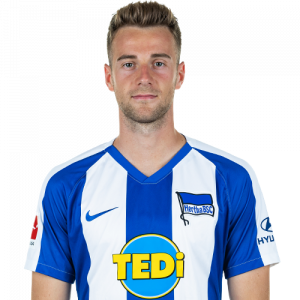 Lukas Klünter (born 26 May 1996) is a German footballer who plays as a midfielder or defender for Hertha BSC.

Club career
Klünter broke into Köln’s senior team during the 2016-17 season. In May 2017, he scored his first professional goal for Köln in a 2–2 draw with Bayer Leverkusen. After the team’s relegation following the 2017/18 season it was announced that Klünter would transfer to Hertha BSC in the summer. He played for both the first team and the reserve team during the 2018–19 season.