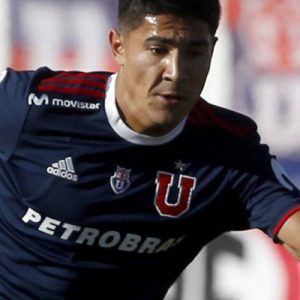 Luis José Esteban Rojas Zamora (born 6 March 2002), known simply as Luis Rojas, is a Chilean footballer who plays as a midfielder for Serie A club Crotone.

Raised in the youth sector of the Universidad de Chile, he made his debut in the first team on 7 September 2019 at the Copa Chile match lost 3-1 against Cobresal.

On 10 September 2020 he was sold outright to Crotone, with whom he signed a 4-year contract; he made his debut on 19 December replacing Simy just minutes from the end of the Serie A match lost 3-1 against Sampdoria.