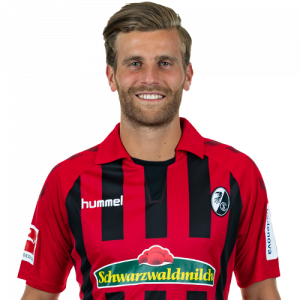 Lucas Höler (born 10 July 1994) is a German professional footballer who plays as a forward for SC Freiburg.

Career
In May 2016, SV Sandhausen announced the signing of Höler for the 2016–17 season, on a two-year contract with the option of a third year.

In December 2017, it was announced that Höler would join SC Freiburg for the second half of the 2017–18 season. He previously had half a season left on his Sandhausen contract.