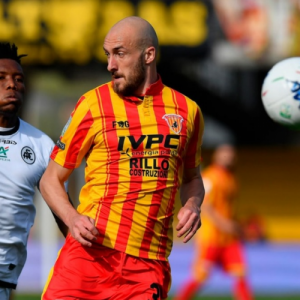 Luca Caldirola (born 1 February 1991) is an Italian footballer who plays as a defender for Serie A side Benevento. Mainly a centre back, he can also play as a left back.

On 30 January 2019, Caldirola joined Italian Serie B side Benevento on a free transfer, returning to Italy after five years.

n May 2011, he was called-on by Ciro Ferrara to play the games of the 2011 Toulon Tournament. Under the management of Devis Mangia, in 2012, Caldirola was named captain of the under-21 side, where he led the Azzurini in the 2013 UEFA European Under-21 Football Championship.