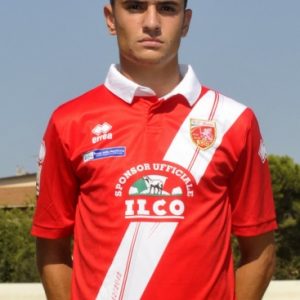 Luca Antei (born 19 April 1992) is an Italian footballer who plays as a defender for Benevento.

Roma
He began his career with Serie A club Roma. Ahead of the 2011–12 season, Antei was training with the club’s first-team and he was praised by Walter Sabatini, Roma’s director of football, who said he was “growing exponentially” as a player. Serie B side Grosseto announced that they had signed Antei on loan at the end of the transfer window in August 2011. The club also had an option to sign him outright. Having won the Campionato Nazionale Primavera the previous season, the club allowed him to leave temporarily to gain experience. He made his debut for Grosseto on 1 October in a 3–3 draw with Ascoli, replacing Samuele Olivi as a substitute. On 1 June 2012 he had an operation on his knee (anterior cruciate ligament). In June 2012 Roma paid Grosseto €100,000 as counter-option.

Benevento
On 31 August 2017, Antei joined Benevento on a season-long loan deal with obligation to buy.