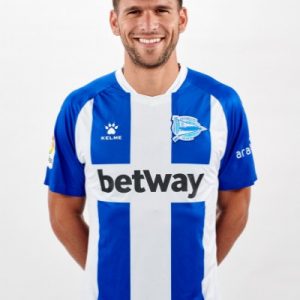 Lisandro Magallán (born 27 September 1993) is an Argentine professional footballer who plays for Italian club Crotone, on loan from Dutch club Ajax, as a central defender.

He also played for the Argentine football team at the 2016 Summer Olympics.

Club career
Born in La Plata, Magallán made his senior debut for Gimnasia La Plata on 10 August 2010. In April 2012, he was reported to have been scouted by English club Manchester City. On 26 July 2012 Boca Juniors paid $1.4 million for 80% of the rights to Magallán’s services. In October 2014, Magallán scored his first goal for Boca Juniors against River Plate in the Superclásico.

He signed for Dutch club Ajax on 2 January 2019. He moved on loan to Spanish club Deportivo Alavés on 2 September 2019. Magallán scored his first goal for Alavés in a 2–0 win over Celta Vigo on 20 October 2019.

In September 2020 he moved on loan to Italian club Crotone.