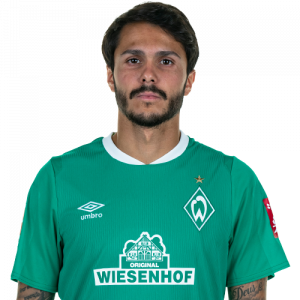 Leonardo Jesus Loureiro Bittencourt (born 19 December 1993) is a German professional footballer who plays for Werder Bremen as a midfielder.

Personal life
Bittencourt was born in Leipzig, Germany. He is the son of Franklin Bittencourt, a Brazilian former professional player who played in Germany, and is now active as a coach.

Club career
He began his career with Energie Cottbus. On 1 December 2011, it was announced that Bittencourt had signed a four-year contract with Borussia Dortmund, effective from 1 July 2012. He moved to Hannover 96 at the end of the 2012–13 season.

On 28 April 2018, he played as Köln lost 3–2 to SC Freiburg which confirmed Köln’s relegation from the Bundesliga. After the team’s relegation, Bittencourt was transferred to TSG 1899 Hoffenheim for a fee of €6 million.

On 2 September 2019, SV Werder Bremen announced the signing of Bittencourt on a season-long loan deal. It was reported the transfer included an obligation for Werder Bremen to sign him permanently for an estimated transfer fee of €7 million. The obligation took effect in July 2020.