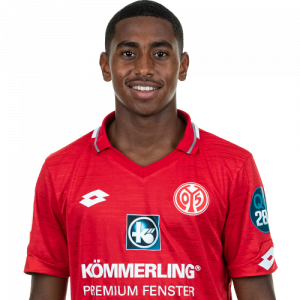 Leandro Barreiro Martins (born 3 January 2000) is a Luxembourgish professional footballer who plays as a midfielder for Mainz.

Born in Erpeldange, Luxembourg, Barreiro was a promising youth in the local FC Erpeldange 72 academy. He moved to the Racing FC Union Luxembourg Academy, from where he garnered attention throughout Europe, including from Paris Saint-Germain. He signed with Mainz in 2016.

On 4 November 2018, Barreiro signed his first professional contract with Mainz. He debuted with Mainz in a 5-1 Bundesliga loss to Bayer 04 Leverkusen on 8 February 2019.

International career
Barreiro was born in Luxembourg and is of Angolan descent. Barreiro made his international debut for the Luxembourg national football team in a 1–0 friendly win against Malta on 22 March 2018.