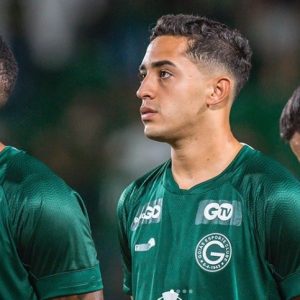 Leonardo “Leo” de Souza Sena (born 31 December 1995) is a Brazilian professional footballer who plays as a midfielder for Spezia, on loan from Atlético Mineiro.

Léo Sena was born in São Paulo, and represented São Paulo, Paraná, Clube Atlético Diadema and Rio Claro as a youth, before joining Goiás in 2015. Promoted to the main squad ahead of the 2016 season, he made his senior debut on 14 February of that year by coming on as a second-half substitute for Carlos Eduardo in a 2–2 Campeonato Goiano home draw against Atlético Goianiense.

Léo Sena scored his first senior goal on 8 May 2016, netting the opener in a 1–1 home draw against Anápolis, for the state league’s final; his side went on to win the competition on penalties. He made his Série B debut for the club five days later, starting in a 1–0 away win against Tupi.

On 13 August 2016, Léo Sena renewed his contract with the club until the end of 2019. During the 2018 campaign, he contributed with 13 appearances as his side achieved promotion to Série A.

On 2 June 2020, Goiás announced that they had reached an agreement with Atlético Mineiro for the transfer of Léo Sena for a R$ 4 million fee. Four months later, he joined Spezia in the Italian Serie A on a season-long loan with the option to buy.