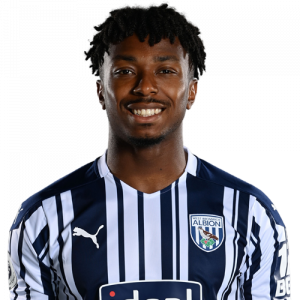 Kyle Hakeem Edwards (born 17 February 1998) is a professional footballer and musician who plays for Premier League club West Bromwich Albion as a forward. In 2020 following West Brom’s promotion to the Premier League he released the rap track ‘Promotion Ting’ via Link Up TV amassing over 100,000 views on YouTube.

Edwards graduated from the youth academy of West Bromwich Albion, after having joined the setup at the age of six. In September 2015, he was an unused substitute in an English League Cup match against Norwich City. In September 2017, he was nominated for the Premier League 2 Player of the Month Award for the month of August.

On 31 August 2017, Edwards joined League Two club Exeter City on loan till January of the next year. He joined Kane Wilson, another loanee from his club. The club’s assistant manager Matt Oakley commented that he would “add a real strength in depth to our squad”.[5] He made his debut in a defeat against Notts County. On 4 October 2017, he scored a goal in a Football League Trophy match against Plymouth Argyle.

On 26 January 2018, Edwards extended his contract at West Bromwich Albion until 2020. He made his Albion debut as a half-time substitute in the club’s 1–0 win against Luton Town in the EFL Cup on 14 August 2018.