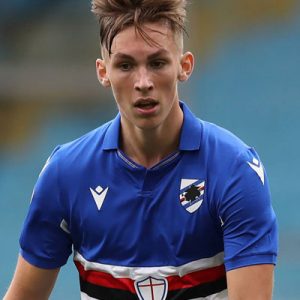 Kristoffer Askildsen (born 9 January 2001) is a Norwegian professional footballer who plays as a midfielder for Serie A side Sampdoria.

Askildsen began his career in Heming, joining Stabæk’s academy in his late childhood. He joined the club initially as a goalkeeper, but converted to midfield whilst playing under the guidance of Stabæk’s youth coach Oyvind Leonhardsen. He made his debut for the senior team against Ranheim in September 2018, and established himself as a starter in April 2019.

Askildsen signed with Italian side Sampdoria on 28 January 2020 on a four-and-a-half year contract. On 21 June 2020 he made his debut with the club in an away 2–1 loss against Inter. He scored his first goal against Milan in a 1–4 loss. In doing so, Askildsen became the first player born after the Millennium to score for Sampdoria.