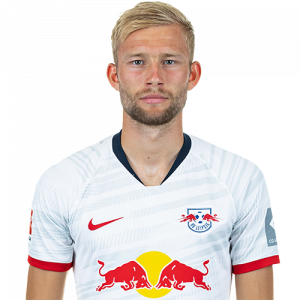 Konrad Laimer (born 27 May 1997) is an Austrian footballer who currently plays as a midfielder for German side RB Leipzig.

Club
Laimer is a youth exponent from FC Red Bull Salzburg. He made his Erste Liga debut with FC Liefering at 2 May 2014 against SV Horn. He made his first team debut at 28 September 2014 against SK Rapid Wien. He replaced Alan in overtime.

International
Laimer got his first call up to the senior Austria side for 2018 FIFA World Cup qualifiers against Wales and Georgia in September 2017.