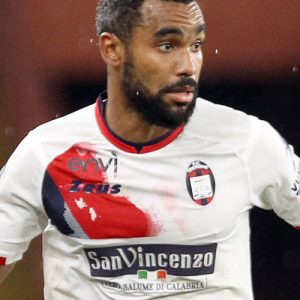 Lévy Koffi Djidji (born 30 November 1992) is a professional footballer, who plays as a defender for Italian Serie A club Crotone, on loan from Torino. Born in France, Djidji represents the Ivory Coast national football team.

Born in Bagnolet, Djidji started his career in the youth team of his hometown club AJN Bagnolet. In the spring of 2006, he left his hometown and signed with Saint-Herblain Olympique Club.

In summer 2007, at the age of fifteen, he moved to the under-18 team of Ligue 1 side FC Nantes, being promoted to the reserve team one year later for the 2008–09 season. He played in his first three years for the reserve team in ten games in the CFA 2 Groupe G.

On 4 August 2012, he played his senior debut in the Ligue 2 for Nantes against Nimes Olympique. He scored his first goal in Ligue 1 against Montpellier on 22 March 2014, in a 2–1 win for Nantes over Montpellier.

On 17 August 2018, Djidji joined the Italian Serie A club Torino on loan with an option to buy.