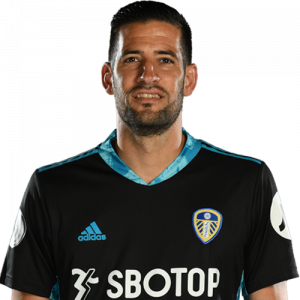 He started playing for Real Madrid, but only represented the reserve teams in the early stage of his career. He went on to appear in 126 competitive matches for Espanyol over six La Liga seasons before returning to his previous club in 2015, with whom he won three UEFA Champions League titles as backup to Keylor Navas. In 2019–20, he won promotion to the Premier League with Leeds United.

Real Madrid
Born in Alcover, Tarragona, Catalonia, Casilla did not enjoy much playing time in his two-year stint with Real Madrid reserve side, Real Madrid Castilla. In the 2005–06 season, he played in Segunda División after having graduated from the C team, being only third choice after Jordi Codina and David Cobeño.

After only four appearances, Casilla was expected to receive more opportunities after the departure of Cobeño. However, Codina became the starter and Antonio Adán, a fellow youth graduate, the backup, and Casilla ended up playing only in the last game of the campaign, with an eventual relegation befalling.

Casilla in 2013
In August 2007, Casilla was acquired by RCD Espanyol on a free transfer. On 20 January 2008, he made his debut in La Liga in a 1–2 away loss against Real Valladolid, coming on as a substitute for injured Iñaki Lafuente two minutes after half-time as the habitual starter Carlos Kameni was away on international duty.That month, news surfaced that Arsenal were interested in acquiring the young Spaniard’s services

Barred by Kameni and new signing Cristian Álvarez, Casilla joined Segunda División B side Cádiz CF on loan for 2008–09.The move was extended for the entirety of the following campaign after the Andalusians returned to division two, and he again started most of the season, but the team was immediately relegated.

Casilla still sat on the bench for Espanyol’s first game in 2010–11 but, on 31 August 2010, moved again on loan, to second division club FC Cartagena. Subsequently, returned to the Pericos, he constantly battled for first-choice status with Álvarez.

After the Argentine left, Casilla became the undisputed starter. On 1 February 2015, he was sent off against Sevilla FC for handling Iago Aspas’ shot outside of the penalty area, and his replacement Pau López could not prevent an eventual 2–3 defeat.

Return to Real Madrid
On 17 July 2015, Casilla returned to Real Madrid on a five-year contract for €6 million. He made his competitive debut on 31 October, in a 3–1 win over UD Las Palmas.

Casilla played understudy to Keylor Navas in his first season, appearing in seven official matches. Two of those came in the group stage of the UEFA Champions League, as the tournament ended in conquest.

On 9 August 2016, Casilla was in goal for injured Navas in the 3–2 victory against fellow Spaniards Sevilla for the UEFA Super Cup, in Trondheim. He managed to contribute more in his second year, and the club won the national championship after a five-year wait. His Champions League input consisted of the 2–1 group phase defeat of Sporting CP, as they again emerged victorious in the competition.

Casilla made two appearances in the Champions League and 17 in all competitions during 2017–18, as Madrid won their third consecutive and 13th overall title in the tournament. In the following campaign, after the summer signing of Chelsea’s Thibaut Courtois, he was further demoted down the pecking order.

Leeds United
On 17 January 2019, the 32-year-old Casilla moved abroad for the first time in his career and signed a four-and-a-half-year contract at Leeds United of the English Championship. He made his debut nine days later, in a 2–1 win against Rotherham United.

In September 2019, Casilla was accused of racially abusing Charlton Athletic forward Jonathan Leko in a match between the two teams; The Football Association said they would investigate. He was charged by the FA but remained available for selection during the investigation. On 28 February 2020, he received an eight-game ban and £60,000 fine after being found guilty.

Casilla played his first game in the Premier League on 16 January 2021, in a 0–1 home loss to Brighton & Hove Albion.