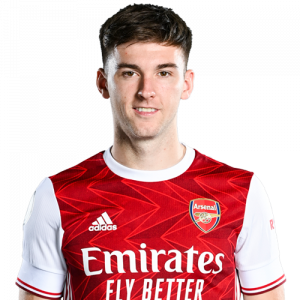 Kieran Tierney (born 5 June 1997) is a Scottish professional footballer who plays as a left-back or centre-back for Premier League side Arsenal and the Scotland national team.

Tierney came through the Celtic youth system and made his first team debut in April 2015, and his full international debut in March 2016. He joined Arsenal in August 2019 for a fee reported at £25 million, a record amount both for a Scottish national and for a player from the Scottish league.