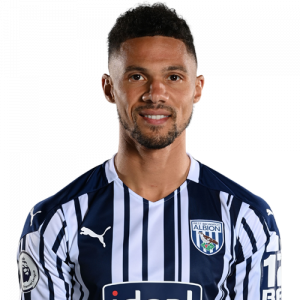 Kieran James Ricardo Gibbs (born 26 September 1989) is an English professional footballer who plays as a left-back for Premier League club West Bromwich Albion. He will join Major League Soccer side Inter Miami CF at the end of the 2020–21 season.

Gibbs began his senior career with Arsenal in 2007, after joining the club from the Wimbledon academy in 2004. He started out as a winger and moved to left-back after a loan spell with Norwich City during the same 2007–08 season where he made his Arsenal debut.

Gibbs made his full England debut in a friendly against Hungary at Wembley Stadium on 11 August 2010. He has made ten total appearances for the senior team.

On 30 August 2017, Gibbs signed for West Bromwich Albion on a four-year contract, for a fee in the region of £6.75 million. On September 19th 2020, Gibbs was sent off in a 5-2 loss to Everton after he slapped Colombian James Rodriguez in the face.