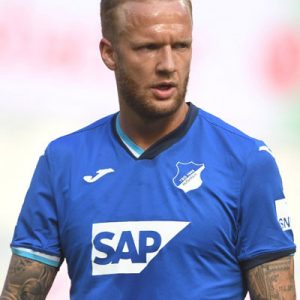 Kevin Vogt (born 23 September 1991) is a German professional footballer who plays as a centre back and midfielder for 1899 Hoffenheim.

At the age of 3, Vogt started playing football at VfB Langendreerholz, a local club in Bochum. There, he stayed until 2002 when becoming old enough to play in the ‘D-Jugend’ (in Germany the playing level for 11-to-13-year-old youths) and joined WSV Bochum. In 2004, he was able to take the next step when he was spotted by local heavyweight VfL Bochum and signed a youth contract with them. There he ran through all the youth ranks and eventually signed a professional contract on 16 December 2008.

He played his first Bundesliga match for VfL Bochum, and first fully professional game, on 18 April 2009 in a 0–2 loss against Borussia Dortmund. Vogt was substituted on in the 84th minute for Christoph Dabrowski. But this remained his only Bundesliga game for Bochum. During the following 2009–10 season Vogt only was capped for the second team, playing in fourth tier Regionalliga and the first team was relegated into the 2. Bundesliga at the end of the season. There Vogt became a regular for the next two years before joining newly promoted Bundesliga side FC Augsburg in Summer 2012. Augsburg paid a transfer fee of a reported €700,000.

On 26 May 2014, it was announced that Vogt would join Köln and sign a contract expiring 2017. The transfer fee amounts allegedly €1.5 million.

On 30 May 2016, Hoffenheim announced the signing of Vogt.

On 12 January 2020, Vogt was loaned out to Werder Bremen until the end of the season.