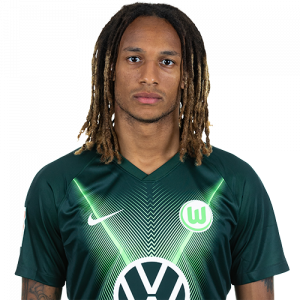 Melingo Kevin Mbabu (born 19 April 1995) is a Swiss professional footballer who plays as a defender for VfL Wolfsburg and the Switzerland national team.

Servette
Born in Chêne-Bougeries, Switzerland, Mbabu started his career at Servette and progressed through the youth team.

At the start of the 2012–13 season, he was promoted to the first team and appeared in number of matches for the side.

However, Mbabu’s start of his Young Boys saw him appear on the substitute bench in the first two months there. It wasn’t until on 2 October 2016 when he made his Young Boys debut, coming on as a late substitute, in a 2–2 draw against FC St. Gallen.

Wolfsburg
On 25 April 2019, Mbabu signed a four-year contract with VfL Wolfsburg, with the player joining the club in July ahead of the 2019–20 season. Mbabu opted to wear the No.19 shirt for Wolfsburg in honour of Junior Malanda who passed away following a car accident in northern Germany on 10 January 2015.

On 25 July 2020, during the coronavirus pandemic, it was reported that a COVID-19 test Mbabu had taken on 22 July had returned positive. Mbabu was placed in quarantine at home, and would likely miss a scheduled game on 5 August in Kyiv that had been postponed due to the pandemic. As a precaution, testing was carried out on the athletes before they resumed training, and all other tests carried out on 22 July and 25 July had returned negative.