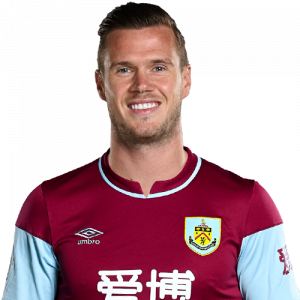 Kevin Finbarr Long (born 18 August 1990), is an Irish professional footballer who plays for Premier League club Burnley and the Republic of Ireland national team. He plays mainly as a centre-back but can also fill in at full-back.

On 26 November 2009, it was announced that Burnley had fought off competition from both Everton and Celtic to get the youngster’s signature, and that he was to fly in to meet up with the squad, however he would not be able to sign a full contract until the January transfer window opens. A six figure deal was agreed which would keep Long at Burnley until June 2013. On 25 January 2010, it was confirmed that Long had signed for Burnley.

Loan to Accrington Stanley
On 15 October 2010, Long joined EFL League Two side Accrington Stanley on a month-long loan deal. He has since had the loan extended till early 2011 after some excellent performances in the heart of the defence. He made his debut for the club in the 2–3 defeat to Rotherham United, but was sent off after 17 minutes for a foul on Adam Le Fondre. He returned to Burnley on 18 January 2011 after cracking a bone in his foot during a match against Cheltenham Town with a 2–1 win.

On 31 January 2011 it was confirmed that long had returned on loan at Stanley for the remainder of the season He returned to Burnley on 23 May at the end of his loan spell having made 17 appearances.

On 5 August 2011, it was confirmed he had re-joined Stanley on a six-month loan deal. Like his first spell on loan at Accrington Stanley, Long maintained his first team status and scored his first goal of his career in a 2–2 draw against Plymouth Argyle on 8 October 2011. Long would score against Bristol Rovers, Torquay United and Macclesfield Town. He re-joined Burnley on 5 January, having made 26 appearances.

Loan to Rochdale
On 27 January 2012, Long joined Rochdale of EFL League One on an initial one-month emergency loan, where he linked up with former Accrington manager John Coleman. After playing four matches with two clean sheets during a run of two wins and a draw, Long extended his loan spell at Rochdale until the end of April. Long continued to play in the first team for the club, but the club was relegated.

Loan to Portsmouth
On 18 August 2012, Long joined EFL League One side Portsmouth on a one-month emergency loan. He made his debut in the same day, starting in a 1–1 draw against Bournemouth. In his third appearance for the club in a 4–2 loss, Long received a red card after a second bookable offence. After missing one match, Long made his return in a 3–0 win over Crawley Town on 9 September 2012 and made his last appearance in a 2–1 loss against Walsall 8 days later. The match against Walsall proved to be his last match as he suffered a back injury and his loan spell was not renewed.

Return to Burnley
He scored his first goal for Burnley in a 4–3 FA Cup defeat at Southampton on 4 January 2014. On 1 January 2015, Long made his Premier League debut with Burnley in a 3–3 draw away to Newcastle United. He replaced the injured Jason Shackell in the 17th minute, but 20 minutes later was replaced by Steven Reid after suffering an injury of his own, becoming the third Burnley player to be taken off injured in the match at St James’ Park.

Loan to Barnsley
In November 2015, after regaining full fitness following his cruciate knee injury, he joined League One side Barnsley on a one-month loan deal. He scored a late winner against Oldham Athletic on his debut to help his side to a 2–1 win. However, in his second game he was sent off against Peterborough United. He went on to help Barnsley reach the EFL Trophy final after he successfully converted a penalty in the semi-final penalty shootout which was his last touch of a ball for Barnsley as he returned to Burnley the following day.