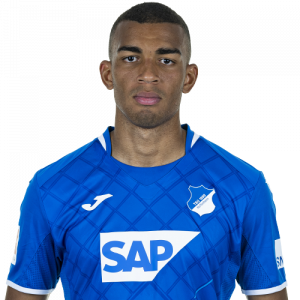 Kevin John Ufuoma Akpoguma (born 19 April 1995) is a professional footballer who plays as a centre back for 1899 Hoffenheim.

orn in Germany, Akpoguma was a youth international for Germany but switched and represents the Nigeria national team.

Akpoguma spent the 2016–17 season on loan at 2. Bundesliga side Fortuna Düsseldorf. On 21 April 2017, towards the end of the season, he collided with FC St. Pauli’s Bernd Nehrig in a league match. Both players were hospitalised with Akpoguma suffering a broken neck.

Akpoguma made his first appearance in the Bundesliga the following season on 22 October 2017, replacing Stefan Posch at half-time in 1899 Hoffenheim’s 1–1 draw with VfL Wolfsburg. Four days later, he made his first start for the club, in a 1–0 away to Werder Bremen in the second round of the DFB-Pokal.