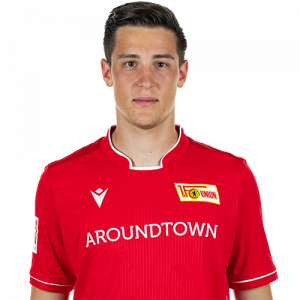 Keven Schlotterbeck (born 28 April 1997) is a German professional footballer who plays as a centre-back for SC Freiburg.

Career
Schlotterbeck made his professional debut for SC Freiburg in the Bundesliga on 3 February 2019, coming on as a substitute in the 38th minute for Manuel Gulde in the 2–2 away draw against VfB Stuttgart.

At the end of the 2019–20 season, Schlotterbeck returned to SC Freiburg after his season-long loan with Union Berlin ended.