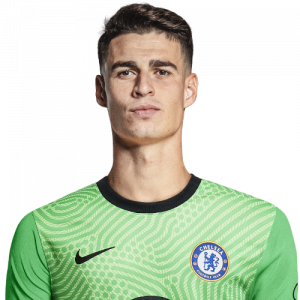 Kepa Arrizabalaga Revuelta (born 3 October 1994) is a Spanish professional footballer who plays as a goalkeeper for Premier League club Chelsea and the Spain national team. He is sometimes referred to simply as Kepa.

A Basque native, Arrizabalaga developed at Athletic Bilbao. He played his first professional games on loan at Ponferradina and Real Valladolid in Segunda División, before returning to Athletic, going on to appear in 54 matches across all competitions. In 2018, Arrizabalaga signed with Chelsea for €80 million, a world record transfer record fee for a goalkeeper.

Arrizabalaga won the 2012 European Championship with Spain’s under-19 team. He made his senior debut in 2017, and was selected for the 2018 World Cup.