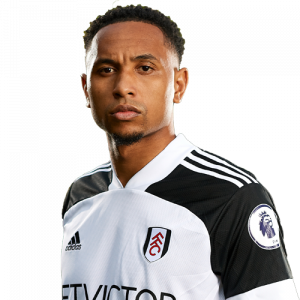 Kenny Joelle Tete (born 9 October 1995) is a Dutch professional footballer who plays as a right back for Premier League club Fulham and the Netherlands national team.

Ajax
Tete was born in Amsterdam where he grew up and played for AFC DWS and AVV Zeeburgia before he was recruited into the Ajax Academy in 2005 at age 10. The 2011–12 season saw Tete playing for the Ajax B1 team, the second highest youth level in the academy, as a right back, and helping his side to clinch the B-Juniors Eredivisie title. He signed his first professional contract with Ajax on 20 July 2012, binding him to the Amsterdam club until 30 June 2015. He spent his first year as a professional playing for the Ajax A1 youth team, without receiving any call-ups to the first team. The following season saw Tete, alongside fellow academy player Riechedly Bazoer, receive his first call-up to the first team which participated in the pre-season training camp in Austria. Tete appeared in his first match for the first team in a pre-season friendly match against SDC Putten on 29 June 2013. The match ended in a 4–1 away victory for Ajax, with Tete coming on as a substitute for Ruben Ligeon in the 45th minute.

Fulham
On 10 September 2020, newly promoted Premier League club Fulham confirmed the signing of Tete from Lyon on a four-year deal with the option of a further year. He was given the number 2 shirt. Tete made his debut in a 1-0 win against Ipswich in the Carabao Cup second round.