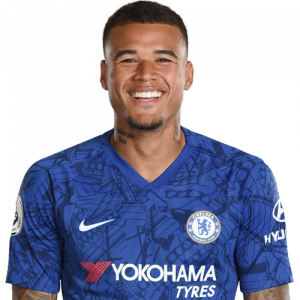 Robert Kenedy Nunes Nascimento (born 8 February 1996), commonly known as Kenedy, is a Brazilian professional footballer who plays as a winger for Spanish club Granada on loan from Chelsea.

He made his professional debut aged 17 for Fluminense, scoring five goals in 40 official games before a £6.3 million move to Chelsea in 2015. Kenedy has represented Brazil at under-17 and under-20 level.

Loans to Newcastle United
On 23 January 2018, Kenedy joined Newcastle United on loan for the remainder of the 2017–18 season. Kenedy impressed on his Newcastle debut, creating Jamaal Lascelles opener from a corner kick in a 1–1 draw with Burnley. On 10 March, Kenedy won the Man of the Match award after scoring a brace in Newcastle’s 3–0 win against Southampton. Kenedy provided an assist for Ayoze Perez’s 80th minute winner in Newcastle’s 1–0 victory against Huddersfield on 31 March.

He returned to Tyneside on loan for the 2018–19 season. Kenedy had a particularly poor match in a goalless draw at Cardiff City on 18 August, he avoided a red card for a kick at Víctor Camarasa, became the first player since 2010 to play a full Premier League first half without completing a pass and his penalty in added time to win the game was saved by Neil Etheridge. On 6 October, Kenedy scored his first goal of the season in a 3-2 loss at Manchester United.

Loan to Granada
On 8 September 2020, Kenedy returned to Spain with Granada on loan until the end of 2020–21 season. He made his club debut as a substitute on 12 September 2020, in a 2–0 win against Athletic Bilbao.