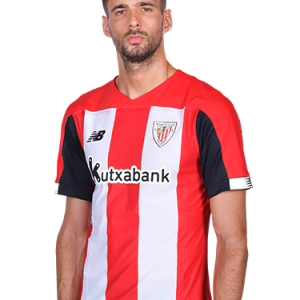 Kenan Kodro (born 19 August 1993) is a professional footballer who plays as a forward for Spanish club Real Valladolid, on loan from Athletic Bilbao, and the Bosnia and Herzegovina national team.

Kodro started his professional career at Real Sociedad’s B-team. In 2012 he had a loan spell with Lagun Onak. Two years later he joined Osasuna. In 2017 he moved to Mainz 05, who loaned him to Grasshoppers in 2018. Later that year he was transferred to Copenhagen. The following year he moved to Athletic Bilbao. While at Athletic, he was sent on a loan to Real Valladolid.

Born and raised in Spain where his Bosnian father Meho was playing football professionally at the time, Kodro made his senior international debut for Bosnia and Herzegovina in 2017.

Athletic Bilbao
On 31 January 2019, Kodro returned to Spain after agreeing a three-and-a-half-year contract with Athletic Bilbao for an undisclosed transfer fee. He made his debut for the club on 10 February, being introduced as a late substitute in a goalless draw at home to Barcelona, one of the clubs his father played for.