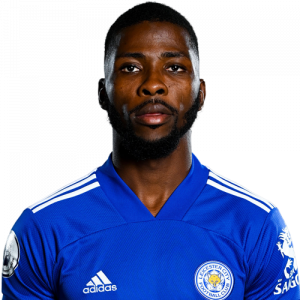 Ịheanachọ was born in the state of Imo. As a youth, he represented Taye Academy in Owerri, the capital city of Imo. His performances for Nigeria in the 2013 FIFA U-17 World Cup led to interest from clubs in Europe; teams following his progress included Arsenal, Sporting Clube de Portugal and Porto. In December 2012, Ịheanachọ travelled to England to discuss a move to Manchester City. He signed a pre-contract agreement with the club, stating his intent to formally sign for City on his 18th birthday in October 2014. In the interim, he returned to Nigeria. As the year drew to a close, the Confederation of African Football (CAF) named him the Most Promising Talent of the Year for 2013 at the CAF Awards.

Ịheanachọ joined Manchester City’s Academy on 10 January 2015. Before the 2014–15 season, City visited the United States on a pre-season tour, and although still not formally a City player, he joined up with the squad. He played and scored in the first match of the tour, a 4–1 win against Sporting Kansas City, and scored again against Milan in a 5–1 win. After the conclusion of the tour, Manchester City arranged for Ịheanachọ to train with the Columbus Crew until mid-October.

Delays in obtaining a work permit meant Ịheanachọ was unable to play in England until February 2015. He made his debut at under-19 level in a UEFA Youth League match against Schalke 04, but sustained an injury after only 11 minutes. After his recovery, he began to represent Manchester City at both youth and under-21 level in the latter part of the season. He played in the FA Youth Cup final, where he scored, but ended on the losing side after Chelsea claimed a 5–2 aggregate victory. The following week, he scored the only goal as Manchester City beat Porto in the final of the 2014–15 Premier League International Cup.

In July 2015, Ịheanachọ was included in City’s pre-season tour team in Australia. On the tour, he set up the first goal for Raheem Sterling and scored the second goal in the win against Roma in the 2015 International Champions Cup. He also set up Sterling for the fourth goal in City’s 8–1 victory against the Vietnam national team. In City’s last preseason game, against VfB Stuttgart, he came on as a substitute, scoring late on in a 4–2 defeat. Due to his impressive pre-season, Ịheanachọ was promoted to the Manchester City senior squad.

On 10 August 2015, Ịheanachọ was included in a first-team matchday squad for the first time in a competitive fixture, however he remained an unused substitute in their 3–0 win at West Bromwich Albion in their first game of the Premier League season. Nineteen days later, he made his competitive debut, replacing Raheem Sterling for the final minute of a 2–0 win against Watford at the City of Manchester Stadium. He scored his first competitive goal on 12 September, replacing Wilfried Bony in the final minute in a match away to Crystal Palace and scoring the only goal of the game.

Ịheanachọ scored his first career hat-trick on 30 January 2016 against Aston Villa in the fourth round of the FA Cup, also setting up City’s fourth goal, scored by Raheem Sterling. The following month, he was put in City’s UEFA Champions League squad at the expense of the injured Samir Nasri. During February, Ịheanachọ scored against Tottenham Hotspur in a 2–1 home defeat for City.

Ịheanachọ’s next goals came on 23 April 2016, where he scored twice against Stoke City in a 4–0 victory. He followed this up with a Champions League semi-final substitute appearance on 26 April 2016. Five days later, on 1 May 2016, he scored two again, albeit in a 4–2 defeat at the hands of Southampton.

Ịheanachọ ended the 2015–16 season with eight Premier League goals and had the best goals-per-minute ratio of any player averaging, a goal every 93.9 minutes. In all competitions he finished with a record of 14 goals and 5 assists from 35 appearances, although he only started 11 of these games. His goals total also meant he ended the season as City’s third-highest scorer.

On 10 September 2016, Ịheanachọ started in the Manchester derby. He recorded an assist and his first goal of the season in a 2–1 win for City. Four days later, Ịheanachọ came off the bench to score the final goal in City’s 4–0 home win in the Champions League, against Borussia Mönchengladbach. This was his first European goal for Manchester City. Three days after the 4–0 win, Ịheanachọ scored the second goal, also assisting the third, in City’s game against Bournemouth. That goal took his tally in the Premier League to 10, allowing him to join an exclusive list of players to have scored 10 Premier League goals before the age of 20. This list includes players such as Wayne Rooney, Ryan Giggs, Nicolas Anelka, Michael Owen and Romelu Lukaku. In October 2016, Ịheanachọ was nominated for the FIFA Golden Boy award, which was eventually won by Bayern Munich’s midfielder Renato Sanches. Previous winners of the award include teammates Raheem Sterling and Sergio Agüero, and six-time Ballon d’Or winner Lionel Messi.

Ịheanachọ was signed by Premier League club Leicester City on a five-year contract on 3 August 2017, for a reported £25 million fee. He made his debut for the club in a 4–3 defeat to Arsenal on 11 August 2017. He scored his first goal for Leicester in an EFL Cup tie against Leeds United on 24 October 2017. On 16 January 2018, Ịheanachọ became the first player in English football to be awarded a goal due to VAR, as the referee deemed that the player had been incorrectly ruled offside for his second goal. The goal was Ịheanachọ’s second in a 2–0 win over Fleetwood Town in the FA Cup Third Round replay. Ịheanachọ scored his first Premier League hat-trick in a 5–0 win against Sheffield United on 14 March 2021.