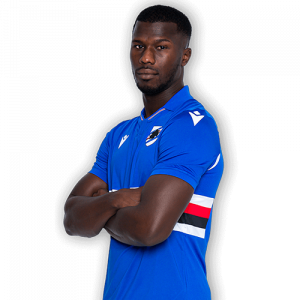 Keita Baldé Diao (born 8 March 1995), commonly known as Keita, is a Spanish-born Senegalese professional footballer who plays as a winger for Serie A side Sampdoria, on loan from Monaco.

Born in Spain, he decided to represent Senegal, his father’s country of origin.

Loan to Sampdoria
On 29 September 2020, Keita joined Sampdoria on loan until 30 June 2021. On 23 December, after being sidelined for almost two months due to an injury, he scored his first goal for Sampdoria in his fourth appearance, in the 2–3 home defeat against Sassuolo, a game in which he was also sent off.