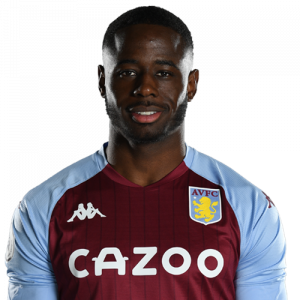 Keinan Vincent Joseph Davis (born 13 February 1998) is an English professional footballer who plays as a forward for Premier League club Aston Villa. Following youth spells at Stevenage and Biggleswade Town he moved to the Aston Villa academy at the age of 17 in December 2015 and made his first team debut just over a year later against Tottenham Hotspur in the FA Cup in January 2017.

Davis grew up in Stevenage and went to The Nobel School. He started his football career within the Stevenage F.C. academy but was released by coach Darren Sarll in 2015. Keinan was then picked up by Biggleswade Town under-18 coach Dave Northfield.

Aston Villa
In December 2015, following a four-week trial after being scouted in a friendly between Biggleswade Town Under-18s and an Aston Villa youth side, Davis signed for Aston Villa on an 18-month professional contract. After signing for Aston Villa, Northfield said: Keinan is a great young lad, a gifted player who has earned a second chance. “Several months ago he was released by Stevenage FC, coming to Biggleswade as a young lad feeling that he had a future, but unsure what direction to take. Hard work and a real talent have lifted the young lad, and he has showed he has a great future.

Manager Steve Bruce gave Davis his Villa debut on 8 January 2017, coming off the bench against Tottenham Hotspur in the FA Cup, Villa lost 2–0. Davis was given his league debut on 14 January 2017 against Wolverhampton Wanderers. Davis scored his first professional goal away to Barnsley on 16 September 2017.

On 22 September 2020, Davis was given a new Aston Villa contract extension to keep him with the club until 2024.