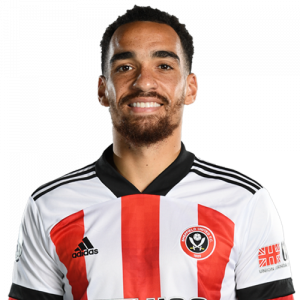 Bryan began his career at Manchester City at the age of 11, and went on to captain the club’s development squad, where he was converted from a box-to-box midfielder into a centre-back.

On 2 August 2018, Bryan joined Sheffield United on a free transfer, signing a three-year contract. The deal included a sell-on clause.

On 28 November 2020, Bryan made his Premier League debut for Sheffield United in a 1–0 away defeat against West Bromwich Albion. On 27 January 2021, Bryan scored his first Premier League goal in a 2–1 away win over Manchester United.

Able to operate as a centre-back or box-to-box midfield, Bryan has been praised for his vision and passing ability, as well as for his long-range shots and penalty-taking.