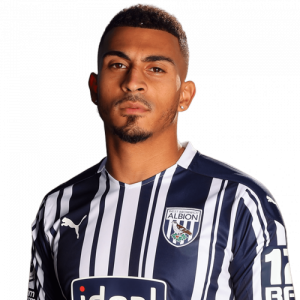 Charlton Athletic
Grant was top scorer for Charlton Athletic U18s during the 2012–13 and 2013–14 seasons while still a schoolboy. Less than a week after his 17th birthday, on 23 September 2014, Grant signed a three-year contract with Charlton. He made his professional debut shortly after on 30 September 2014, as an 89th-minute substitute in a 1–0 victory against Norwich City. He later made his first start on 18 October 2014 in a 1–0 loss against AFC Bournemouth. He scored his first competitive goal for the Addicks first team in a 4–1 Football League Cup win over Dagenham & Redbridge. On 26 September, he scored his first league goal for Charlton in a 2–1 loss to Cardiff City.

Loan to Crawley Town
On 30 January 2018, Grant joined Crawley Town on loan until the end of the 2017–18 season. He made an immediate impact at the West Sussex club, scoring 8 goals in his first 9 appearances for them. He made 15 appearances in total for Crawley, scoring 9 goals.

Huddersfield Town
On 30 January 2019, Grant joined Huddersfield Town for an undisclosed fee, signing a contract until the summer of 2022 with the club. He made his debut for the Yorkshire club three days later in a 5–0 away loss to Chelsea where he came on as a substitute. On 9 February 2019, Grant scored his first Huddersfield goal on his second Town appearance in a 2–1 home loss against Arsenal.