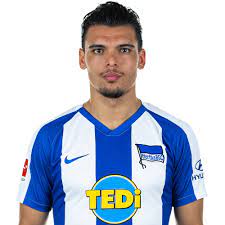 Karim Rekik (born 2 December 1994) is a Dutch professional footballer who plays as a defender for Spanish club Sevilla FC.

Marseille
On 30 June 2015, Rekik joined Marseille for an undisclosed fee after making just two appearances for Manchester City in four years. The move was later confirmed on 2 July 2015 and the player was unveiled, along with Lucas Ocampos. Rekik scored his first goal for Marseille in a 1–1 Ligue 1 draw with rivals Lyon on 20 September.

Hertha BSC
On 16 June 2017, he signed for Hertha BSC for a reported fee of €2.5 million as a long term replacement for the departing John Anthony Brooks to VfL Wolfsburg.