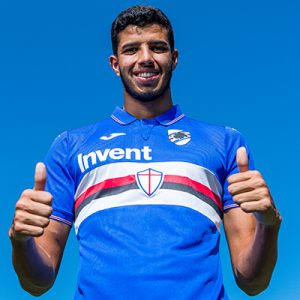 Santos
Born in Taboão da Serra, São Paulo, Kaique joined Santos’ youth setup in 2013 at the age of 12. On 22 March 2017, he signed his first professional contract after agreeing to a three-year deal.

On 9 November 2018, as Robson Bambu’s contract was due to expire and Lucas Veríssimo and Luiz Felipe were both injured, Kaique was called up to the first team by manager Cuca.

Sampdoria
On 2 September 2019, Kaique signed a five-year contract with Serie A side Sampdoria, for a rumoured fee of €1.2 million; Santos also retained 15% of a future sale. After being initially assigned to the Primavera squad, he made his professional debut on 27 October 2020 by starting in a 1–0 Coppa Italia home win against Salernitana.