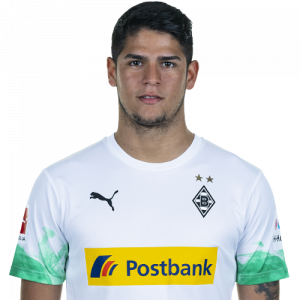 Julio César Villalba Gaona (born 17 September 1998) is a Paraguayan professional footballer who plays as a forward for Borussia Mönchengladbach.

Upon returning to Paraguay, he featured for Cerro Porteño U20 in the 2016 U-20 Copa Libertadores.

He made his first-team debuts for Cerro Porteño during 2016 and the club will enjoy little of him before the player departs permanently to the Bundesliga.

On 8 January 2020, Villalba was sent on loan to SC Rheindorf Altach of the Austrian Bundesliga for the remainder of the season.

He then featured at the 2015 FIFA U-17 World Cup making three appearances and scoring two goals against Syria U17 and France U17.