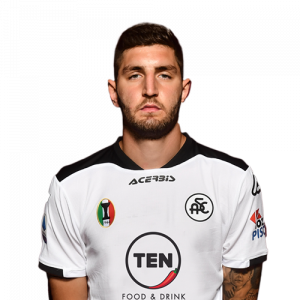 Julian Jeffrey Gaston Chabot (born 12 February 1998) is a German professional footballer, who plays as a defender for Italian club Spezia on loan from Sampdoria.

Chabot started his career with Eintracht Frankfurt in 2010, before joining RB Leipzig in 2014; he joined the reserve squad in 2016. In 2017, he joined Sparta Rotterdam, and made his Eredivisie debut for the club on 12 August 2017 in a game against VVV-Venlo. He then joined FC Groningen in 2018; he made 29 competitive appearances for the club during the 2018–19 season, scoring a goal and providing one assist, helping the club to an eighth-place finish in the Eredivisie.